A fusion of old-world elegance and Caribbean culture awaits on the streets of Viejo San Juan.

Old San Juan is known for its romantic ambiance, rich history, Caribbean fusion, and old-world elegance as one of the most popular places in Puerto Rico. The city's concentrated historic area and incredible culture make it one of the best places to explore at port or while traveling the Caribbean.

Wandering the streets of Old San Juan is reminiscent of paseos through Spanish towns like Seville and Valencia. Still, the vibrant Caribbean culture overwhelms the traditional gothic, renaissance, and baroque styles. The classic tastes are transformed with vibrant palettes of color on every building. Salsa music spills from every historic crevice, delicious scents of pastelitos, empanadas, and mofongo infuse the sweet Caribbean breeze, and the locals embrace visitors with welcoming arms. 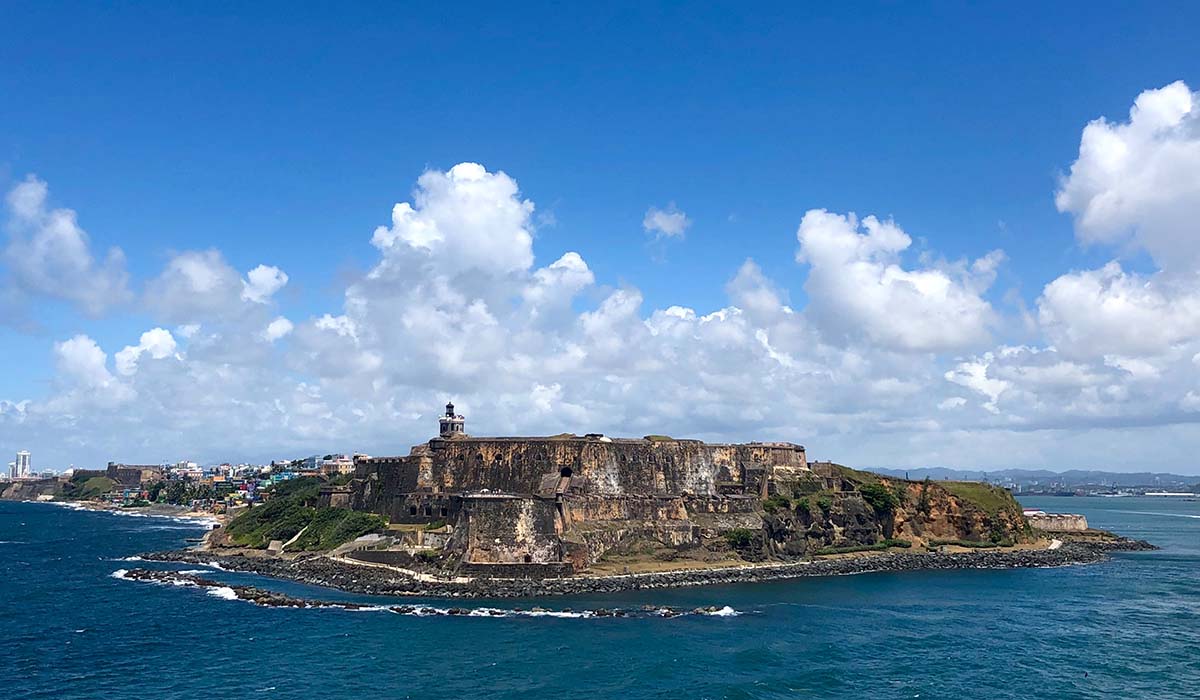 How to spend your day in San Juan

From the food to the historic sites, there is a lot to see in the 74 -block radius that makes up historic San Juan. We've rounded up a few of our favorite things to do, from rum tours to walking the historic Forteleza. There are incredible experiences throughout the old town.

Originally the city of San Juan was surrounded by a three-mile wall. Visitors had to enter the city through one of the six gates that closed every night and opened every morning. Today, only one gate remains, the Portal de San Juan.

When sailors arrived in San Juan, they entered through this gate, then continued up the cobblestone street to Catedral Saint Juan Bautista, where they gave thanks for a safe journey across the Atlantic. Start your visit to Old San Juan by walking through the massive entrance and up the cobblestone streets to Catedral Saint Juan Bautista, or walk the colorful streets to the Portal de San Juan, where the bay of San Juan is visible past the city walls. 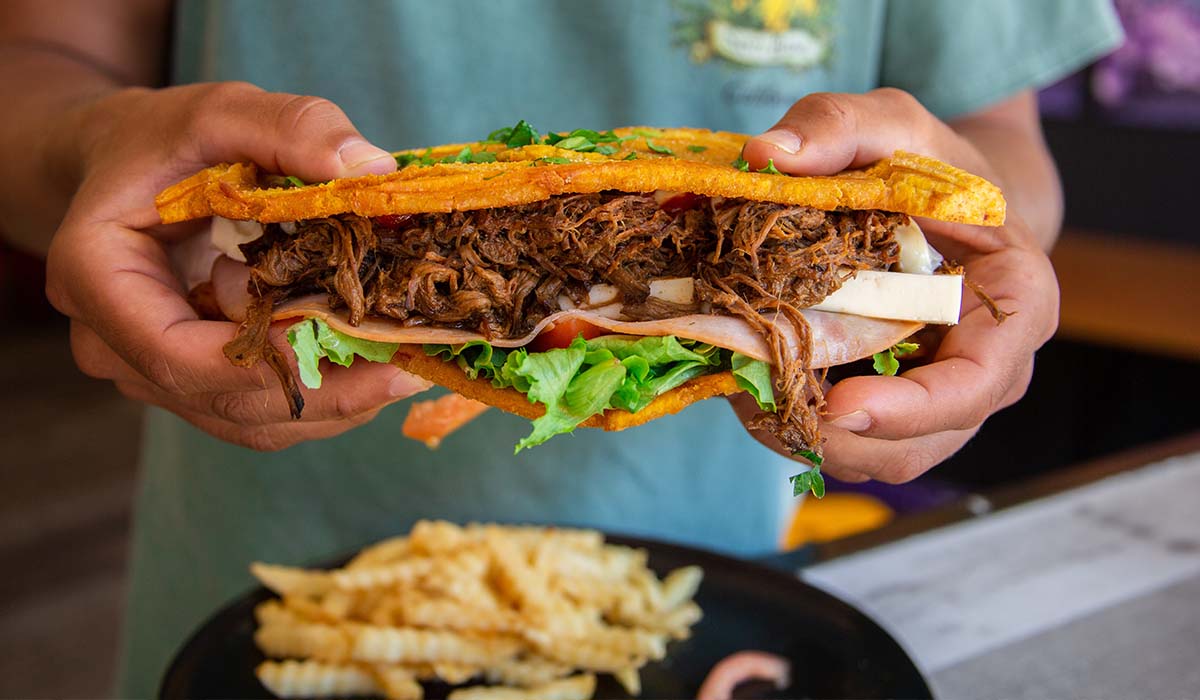 Puerto Rico is home to local tastes from mofongo to Tostones, and Deaveradura is the perfect place to taste local cuisine with the locals themselves. Order anything off the menu for a taste of Puerto Rico, but be sure not to miss the alcapurrias, empanadas, tostones, or above all else, the mofongo.

Stay a night at El Convento

Experience the history of San Juan at a luxurious, historic hotel. Built three and a half centuries ago,  El Convento is a former Carmelite convent meticulously refurbished to curate a fine blend of originality and classic quality. If you have time to spend the night, you will find a stay at El Convento reveals the distinctive character and the spirit of the Old World.

Pro Tips: If you don't have a night, stop by the patio for your morning coffee to enjoy this historic wonder. If you plan to stay overnight, book with an MVT advisor for exclusive benefits.

With a strong history as a strategic foothold in the Caribbean, San Juan's military history has shaped the city. On a walk through the 16th-century fortification, you will learn about the various additions to the fort and the different strategic advantages of San Juan. From a foothold for Spain's Central American colonies to an American fortification of the Panama Canal, San Juan's role in history has evolved with the times. 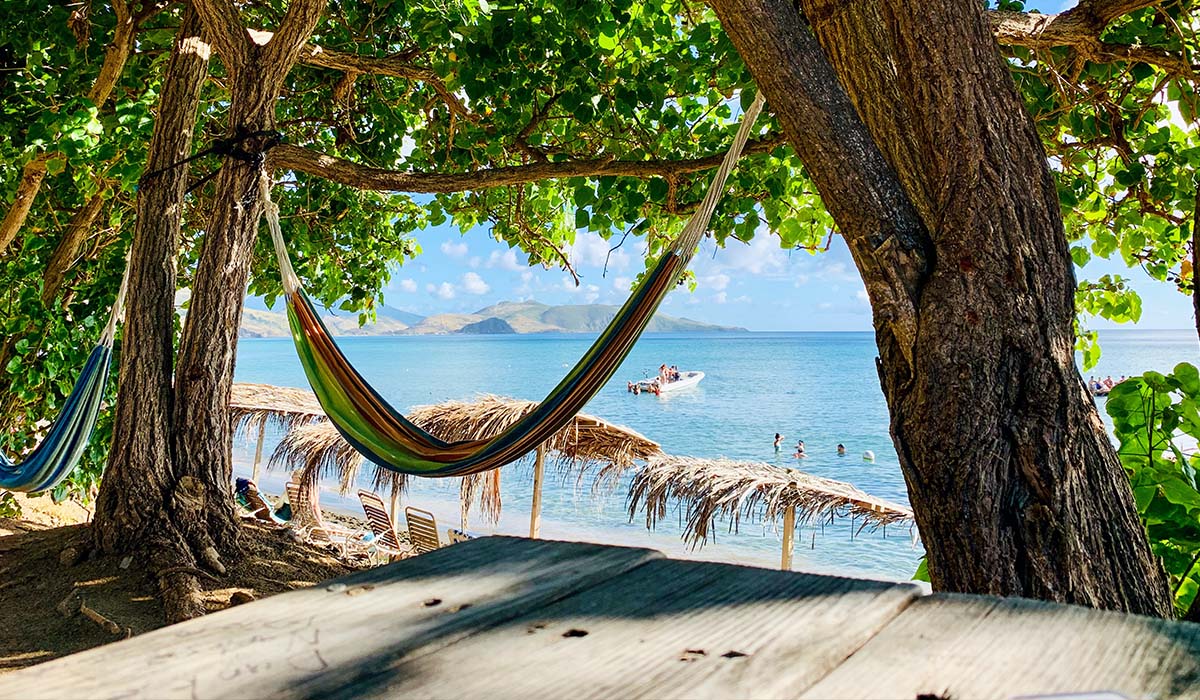 A few places throughout central America are credited with the invention of the hammock. The Mayans, Incas, and Puerto Rico's Taino people are credited with creating the hammock. As a result, the streets of Old San Juan are decorated with gorgeous, woven hammocks made by Puerto Rican artisans. Calle de La Forteleza and Paseo de la Princessa have some of the best shopping in Old San Juan. Find a hammock to bring home along these bustling streets so you can appreciate island time at home.

Sip Rum at a tour of Ron de Barrilito

Puerto Ricans are known for producing and consuming some of the best rum in the world. Ron de Barrilito is responsible for some of the best rum in Puerto Rico, and the production of these spirits has been produced on the family estate for five generations. On their tour, guests will try complimentary cocktails, learn about the distinct production of Ron de Barrilito spirits, and taste rums up to 35 years old. This facet of Puerto Rican culture is one of the most distinctive in the territory, and the tour is one of the best experiences on the island. While this rum tour is not in old San Juan, it is located on a historic family estate fifteen minutes away. 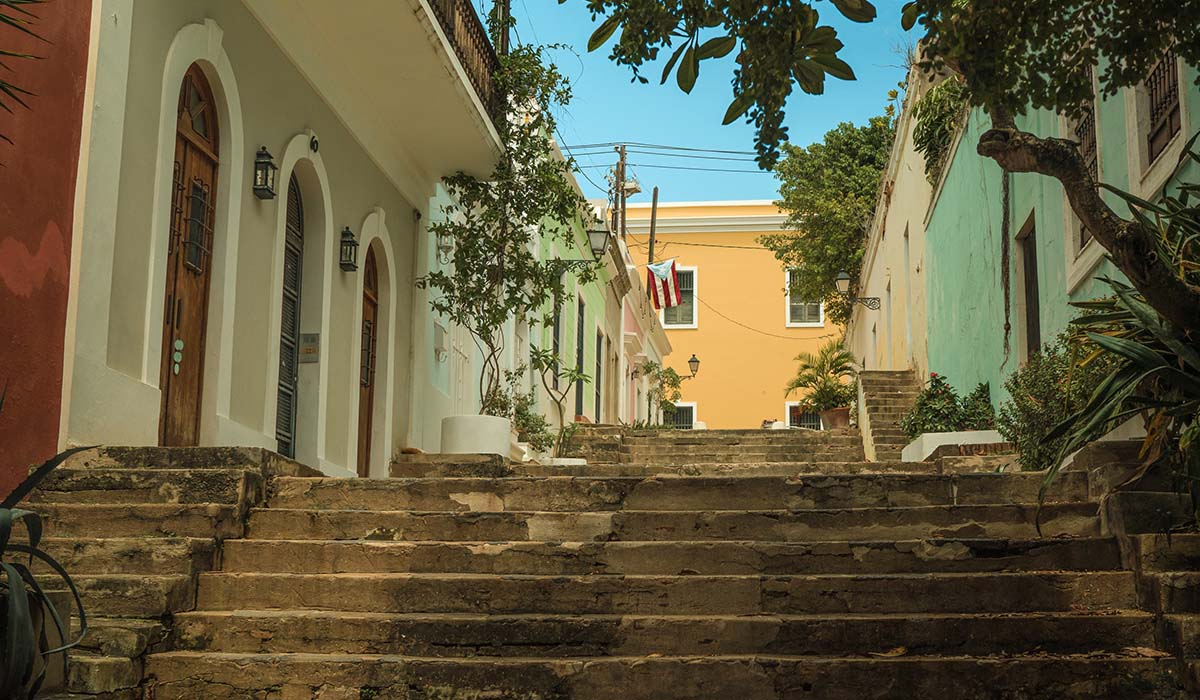 Today, an astounding 2 million people make their home in San Juan. Though some Puerto Ricans still honor traditional siestas, the city is alive throughout the day (and night). With the considerable number of visitors and locals, plan with your travel advisor to make the most of your time there or make more time to see it all.