Let Princess Show You The World

Book your spot on Princess Cruises' 2023 World Cruise before it's too late! An amazing journey with incredible experiences you'll remember forever. Below are a few highlights! 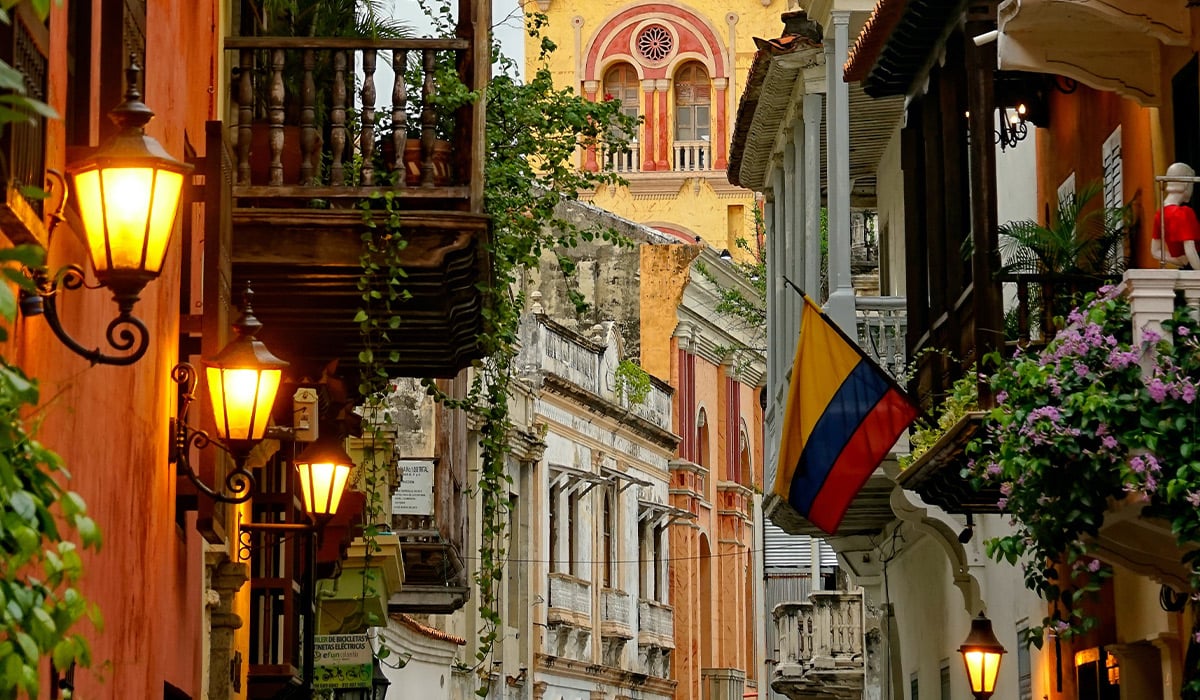 One of the more interesting cities on your itinerary steeped in history. This was the transit port for all the wealth Spain derived from South America. The famous "Old City" is comprised of 12 square blocks filled with attractions, boutiques and restaurants. Throughout Colombia, the Spanish Empire's influence in the New World is self-evident. Its fortress walls, quaint narrow streets, and balconied houses are all vivid reminders of Spain's hold on Cartagena and throughout the Caribbean and South America. 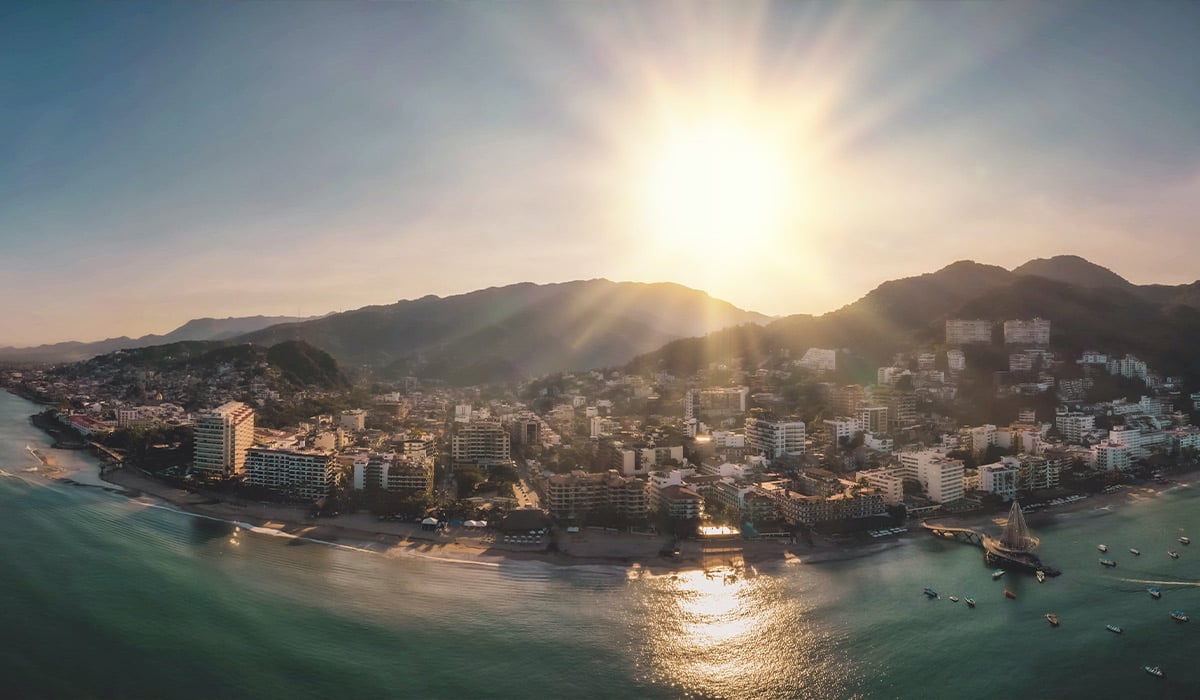 Puerto Vallarta was sleepy no more; its transformation into an international resort had begun. Then director John Huston chose the village as the location for his film "Night of the Iguana," starring Richard Burton. Today, the city has its own "Gringo Gulch," a haunt of the rich and famous. Travelers are also drawn by its climate, its excellent shopping - which offers great values on leather goods, jewelry, and handicrafts - and mile after mile of palm-lined beaches.

Tahiti is not just an island - Tahiti has always been a state of mind. The bustling capital of Tahiti and her islands, Papeete is the chief port and trading center, as well as a provocative temptress luring people to her shores. Immortalized in the novel "Mutiny on the Bounty," who could blame the men of "HMS Bounty" for abandoning their ship in favor of basking in paradise? Today the island is a charming blend of Polynesian "joie de vivre" and Gallic sophistication. But venture out from Papeete and you find a landscape of rugged mountains, lush rainforests, cascading waterfalls and deserted beaches.

Pago Pago Bay is one of the most dramatic harbors in the South Pacific, a region known for dramatic landscapes. Eons ago, the massive seaward wall of a volcano collapsed and the sea poured in. Today, dramatic mountain peaks encircle the deep harbor. The capital of American Samoa, Pago Pago is more village than city. The town is dominated by looming Mt. Pioa, whose summit draws moisture-bearing clouds, earning it the nickname of "The Rainmaker." Indeed, Pago Pago draws more than its fair share of rain - the island of Tutuila is a vision of deep, verdant green. 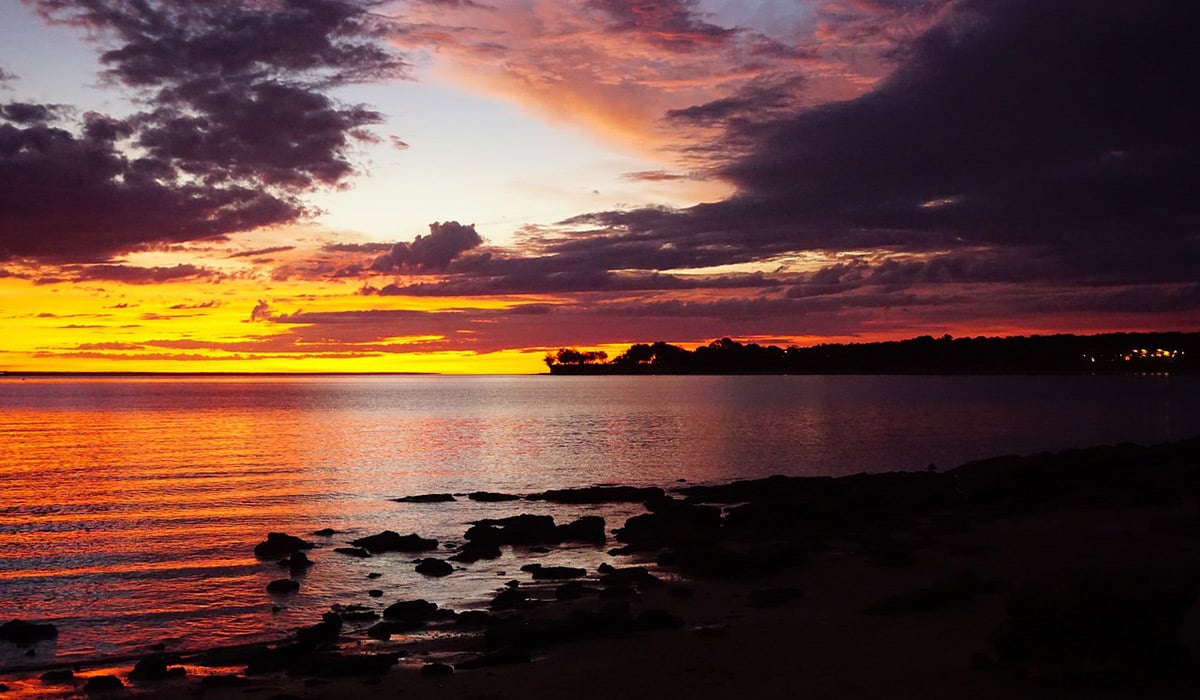 Closer to Indonesia than to any other Australian city, Darwin is the capital of the "Top End" - the remote, vast Northern Territory. Home to more than half of the territory's population, the city reflects the rugged endurance and individualism required to survive the Outback. Darwin also boasts a colorful history to add to that heritage. During World War II the Japanese bombed the city and threatened invasion. In 1974, Cyclone Tracy cut a destructive swath through the region. In addition, man-eating crocodiles, tropical monsoons, searing heat and bush fires that burn for weeks are all part of everyday life.

Dubai has always served as a bridge between East and West. In the past, Dubai's trade links stretched from Western Europe to Southeast Asia and China. The result was the creation of one of the most protean societies in the world. Nestled in the very heart of Islam, Dubai remains unique in its embrace of the West. Bedouin may still roam the desert, but Dubai also plays hosts to international tennis and golf tournaments. Tourists flock to its shores while the pace of development continues at a frenetic pace, from massive artificial islands to the astounding Burj Al Arab Hotel.

Ashdod produces textiles, cosmetics, and half the electrical power generated in Israel. Yet it is best known as the portal to the Holy Land. According to Scripture, Ashdod was once home to giants. It was here that the Philistines brought the captured Ark, celebrating their victory over the Israelites. Today, the city itself is a giant of industry, surpassing Haifa as the largest port in Israel. More importantly, Ashdod is your gateway to Jerusalem. This city in the hills of Judea is sacred to three of the world's great faiths. For Jews, the Western Wall - the sole surviving remnant of the Second Temple - embodies their cultural and religious identity. Christians walk the Via Dolorosa and observe the Stations of the Cross, renewing Christ's sacrifice. For Moslems, the city is home to the third holiest shrine in all Islam. From a spot near the El-Aqsa Mosque, Muhammad ascended into Heaven to receive the teaching of Allah.

Rising from the waters of the Laguna Veneta, Venice has long - and rightly - been regarded as one of the world's most beautiful cities. Napoleon, who had an eye for acquisitions, once described St. Mark's Square as the finest drawing room in Europe. Certainly, no other site can quite match its superb campanile, Doge's Palace and recumbent lions. Just over two miles in length, the Grand Canal is lined with stunning buildings that reflect the city's unique heritage. Cruise through its winding canals on a gondola or watch the bronze Moors on the clock tower strike the passing hours as they have for 500 years - Venice is an unparalleled experience.

Monte Carlo is the playground of the rich and famous. Sleek yachts grace the harbor. Boutiques offer the latest fashions from the most prestigious couturiers in Europe. Cafés, cabarets and the elegant Casino throb with nightlife. Monte Carlo is also the modern district of the principality of Monaco, sitting atop a promontory above the old port of Monaco and its dazzling harbor. Monte Carlo sprang to life with the opening of the Casino, designed by Charles Garnier, whose credits include the Paris Opera. Monte Carlo lies at the heart of the Riviera. Stunning scenery and charming seaside resorts are to be found in either direction along the three Corniches.

A floating retreat, bound for destinations from the California Coast to the Great Land and beyond. Island Princess is your own private retreat on the sea. Whether you crave relaxation or exhilaration, you'll find the soothing Lotus Spa®, live entertainment, gourmet cuisine, casino gaming and more. And for a special treat, try the Bayou Café and Steakhouse, which features New Orleans-inspired Cajun and Creole cuisine.

The Celebrity Revolution® Will Change The Way You Experience The World

Five of The Best Places to Visit in 2022 with Scenic